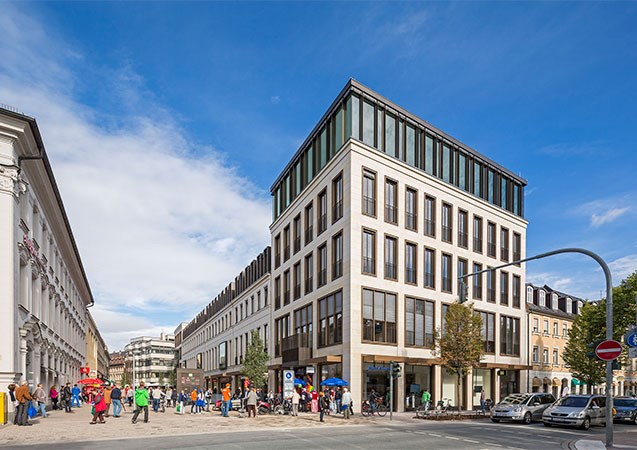 In September 2011, DunnettCraven won a competition to regenerate a major part of the centre of Fürth, a city located near Nuremberg in Germany. Its historic centre needed a sensitive redesign that would contemporise the area while preserving its original buildings.

We created a new pedestrian zone and suggested that an existing hotel building, out of scale with the rest of the city, be demolished to be replaced with a new building. Most importantly, our plan incorporated a range of new commercial facilities into the existing urban fabric of the centre with a series of glazed courtyards behind the listed facades on the main street. This design introduces a new layer of spaces to use and explore within the city while retaining its existing and protected urban structure. The facades were designed in collaboration with Weis & Volkmann Architects in Leipzig.